I sure do love me some odd weight classes.  That's really why I pushed in for beetles in a big way. Yay a new weight limit that I can build to but I don't have a clue what I'm doing! I love the designing and the prep and the fabrication of featherweights, but the cost and the bulk are a slight problem. I try and apply the same thought process to antweights but it just doesn't feel the same. I can't be all hardcore and aluminium everything in 150g. Its either overweight or derpy as fuck. Don't get me wrong, Antweights are awesome it just cannot be approached in the same fashion. The popular European class, raptorweights (6kg) are not really a thing in the UK. I wish it were but the interest simply isn't there. Not saying anything yet but there looks to be the opportunity to be able to enter a full combat raptor, feather and antweight competition fairly soon and I would be a fool not to do something at least!

I started out by scouting out the parts I had that could conceivably be useful. This turned out to be a 3 cell lipo stolen from a beetleweight, 2 rc car motors I bought a couple years back for Massacre before it was Massacre and a few gearboxes nicked from the current Massacre. 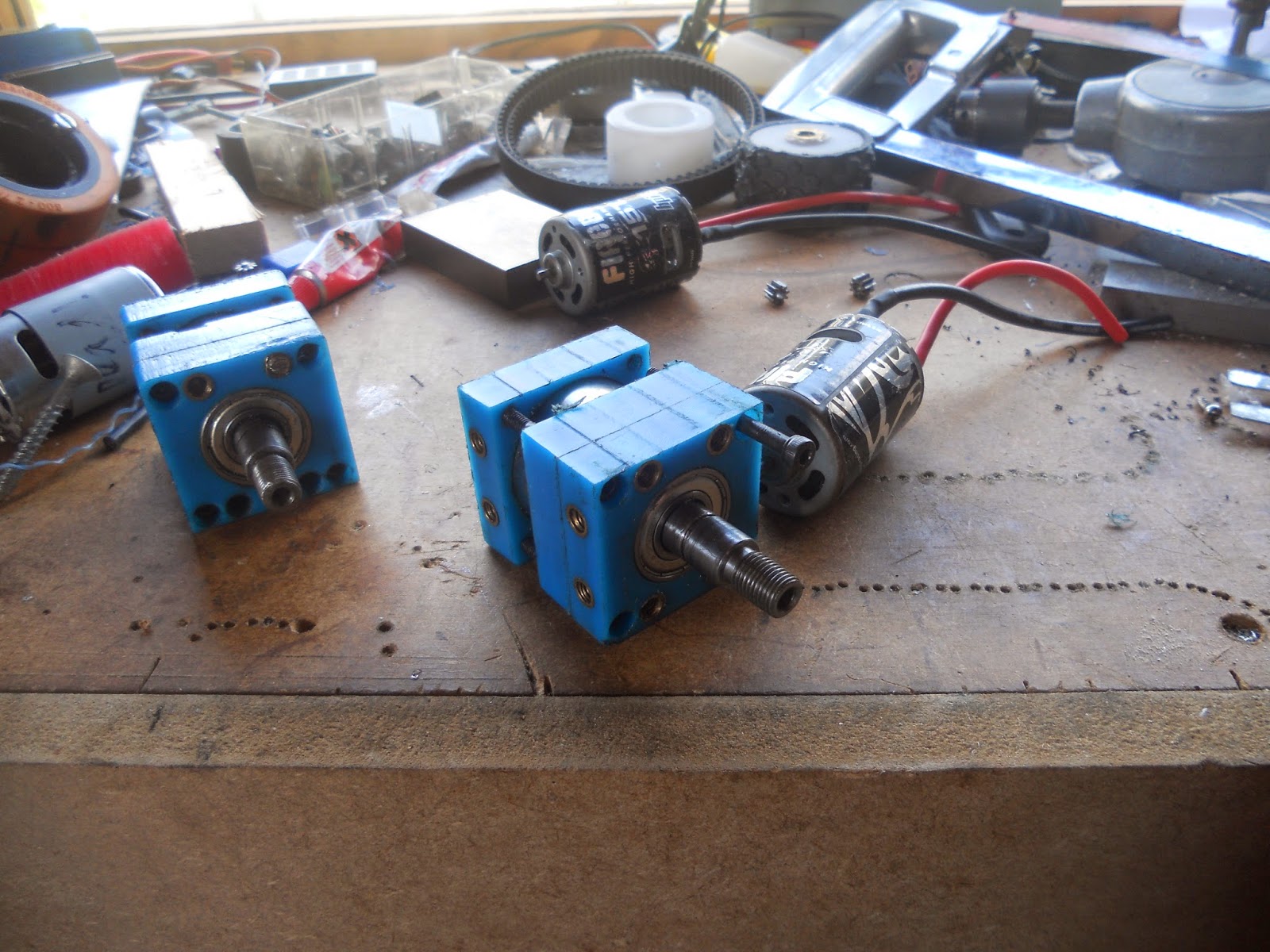 36:1 Drillboxen in nice nylon cases. Bearing supports too for extra winning. Now those motors are 7.2v as mentioned before they are designed for RC cars. I decided to go for it and run them at 3s  (11.1v) If they melted, they melted and I would replace them with some 12v 550 can motors. If they didn't melt in testing then I should have a faster robot with a fair amount of push from the 36:1 gearboxes. The motor shafts were longer than standard 550 so they were cut down in a very technical and sophisticated manner. 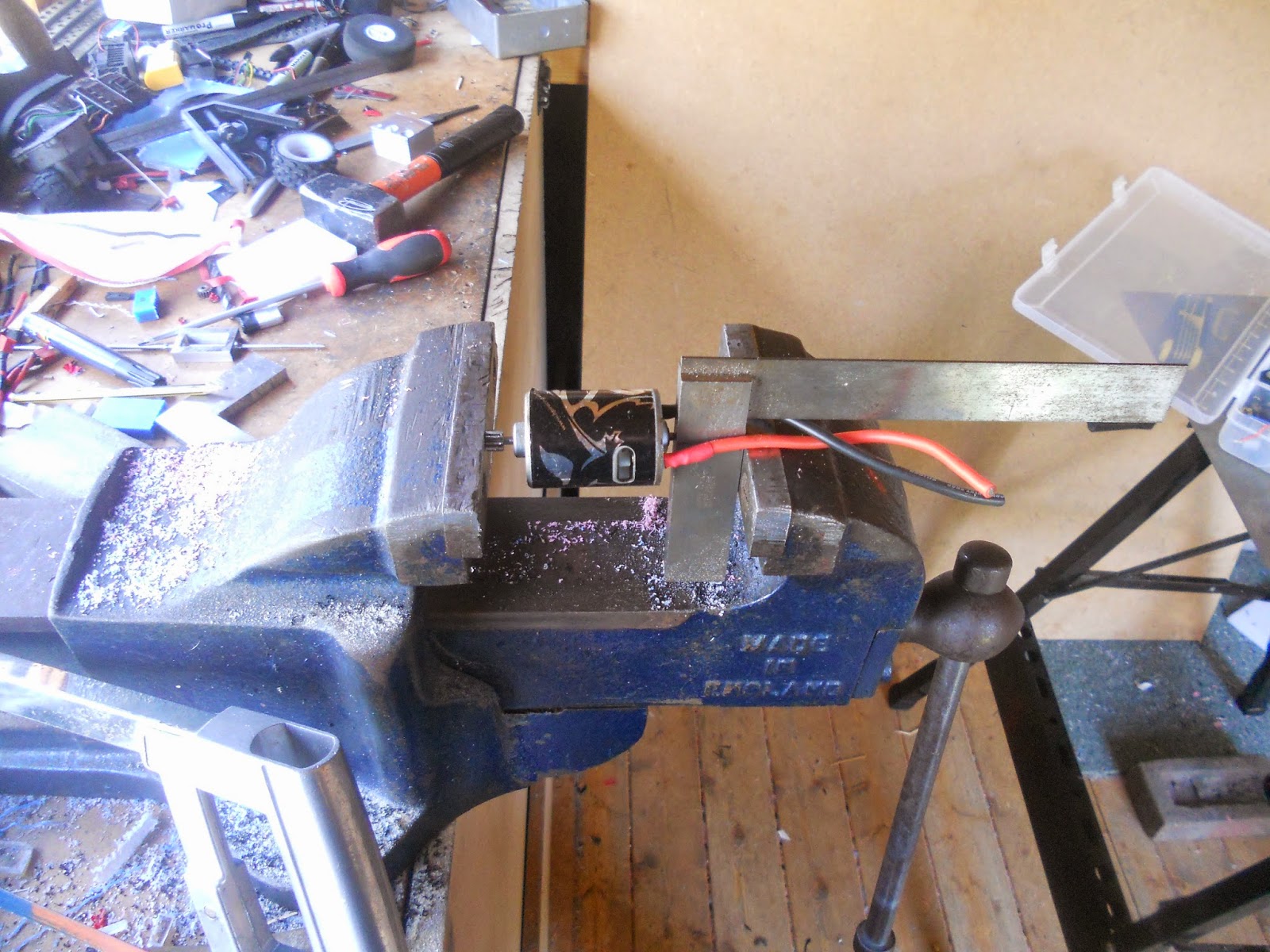 Pressing the pinions on in a totally legit way 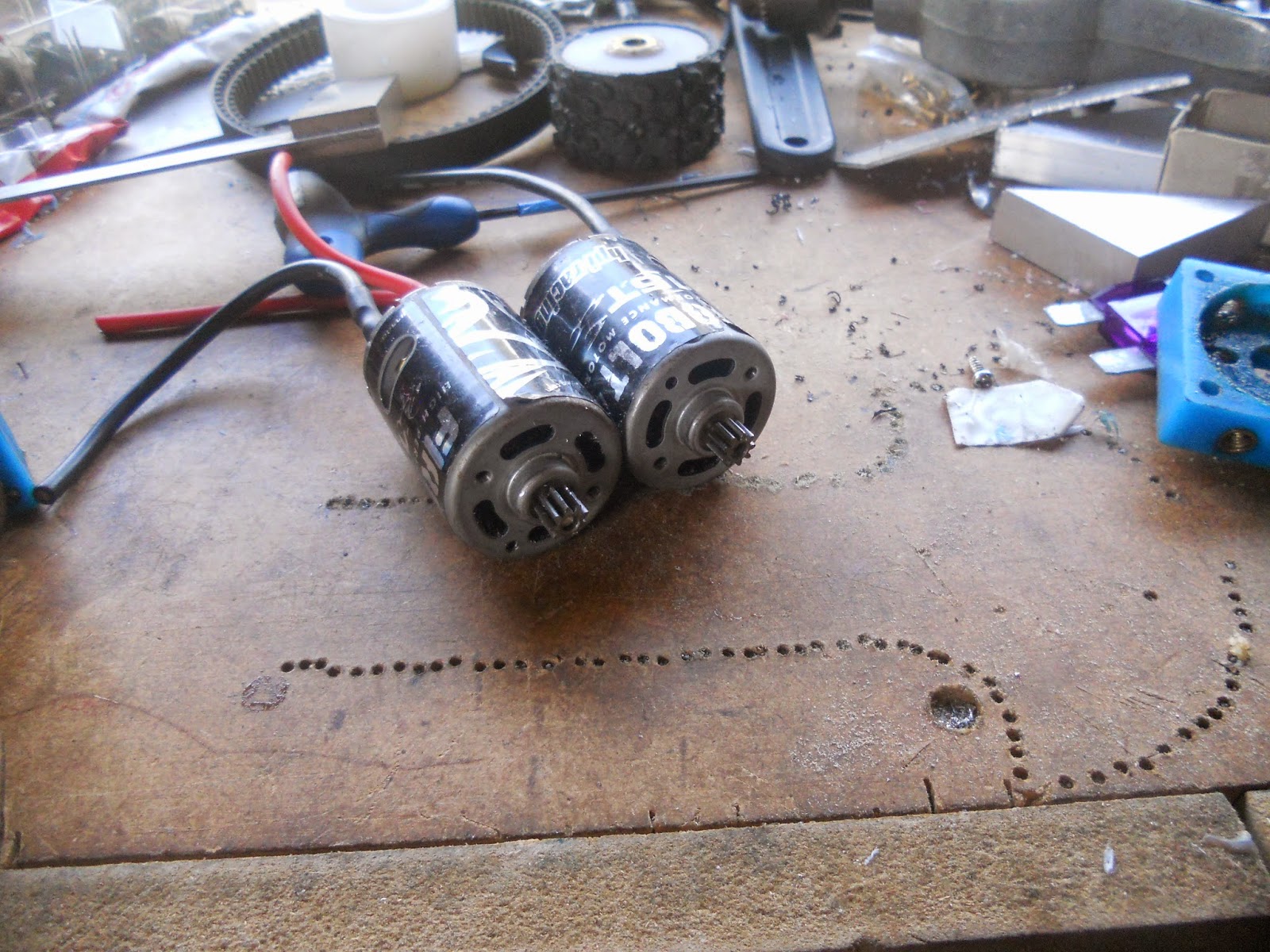 Pressed on the motors ready to shoehorn into the awaiting boxen. 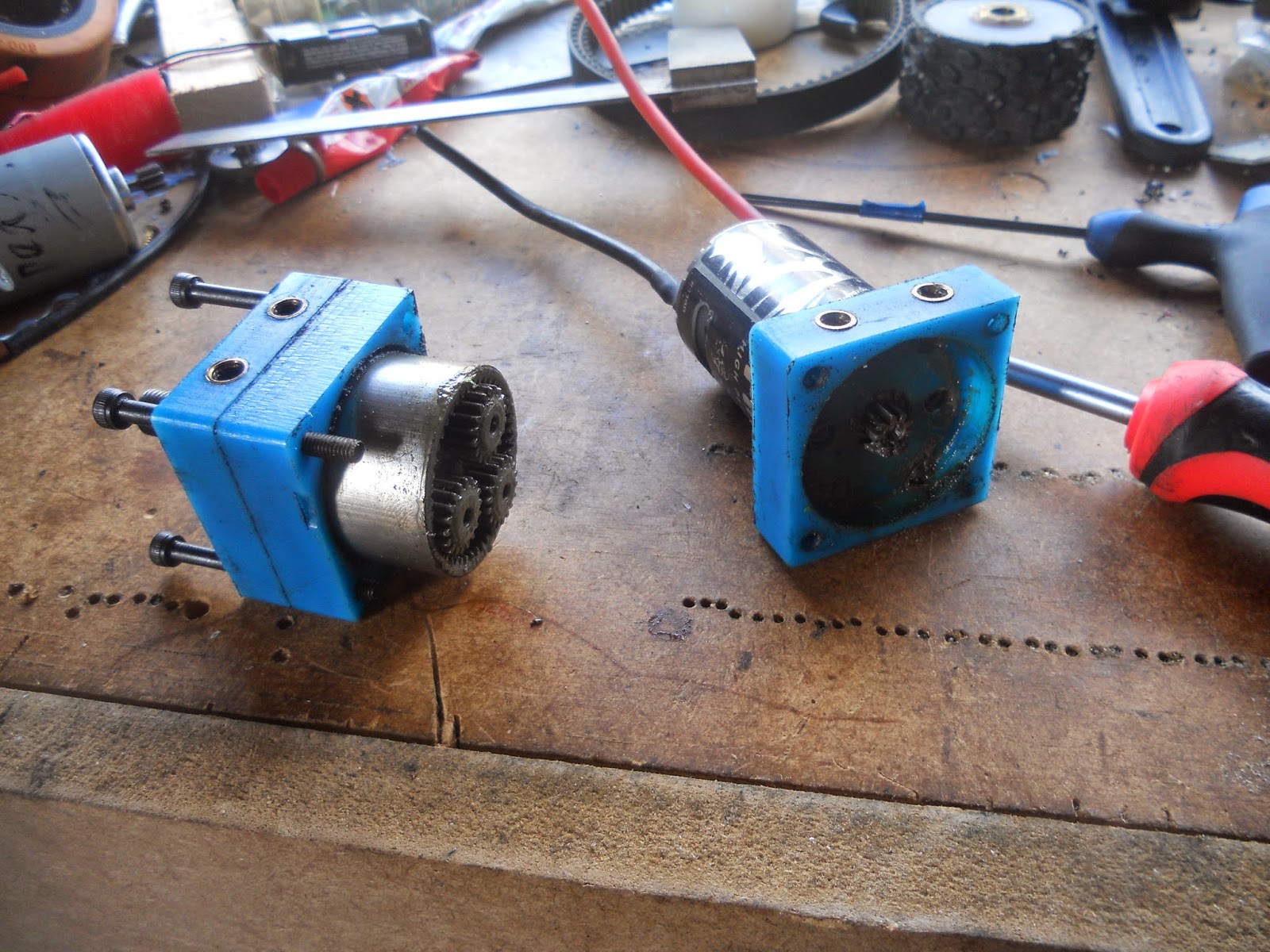 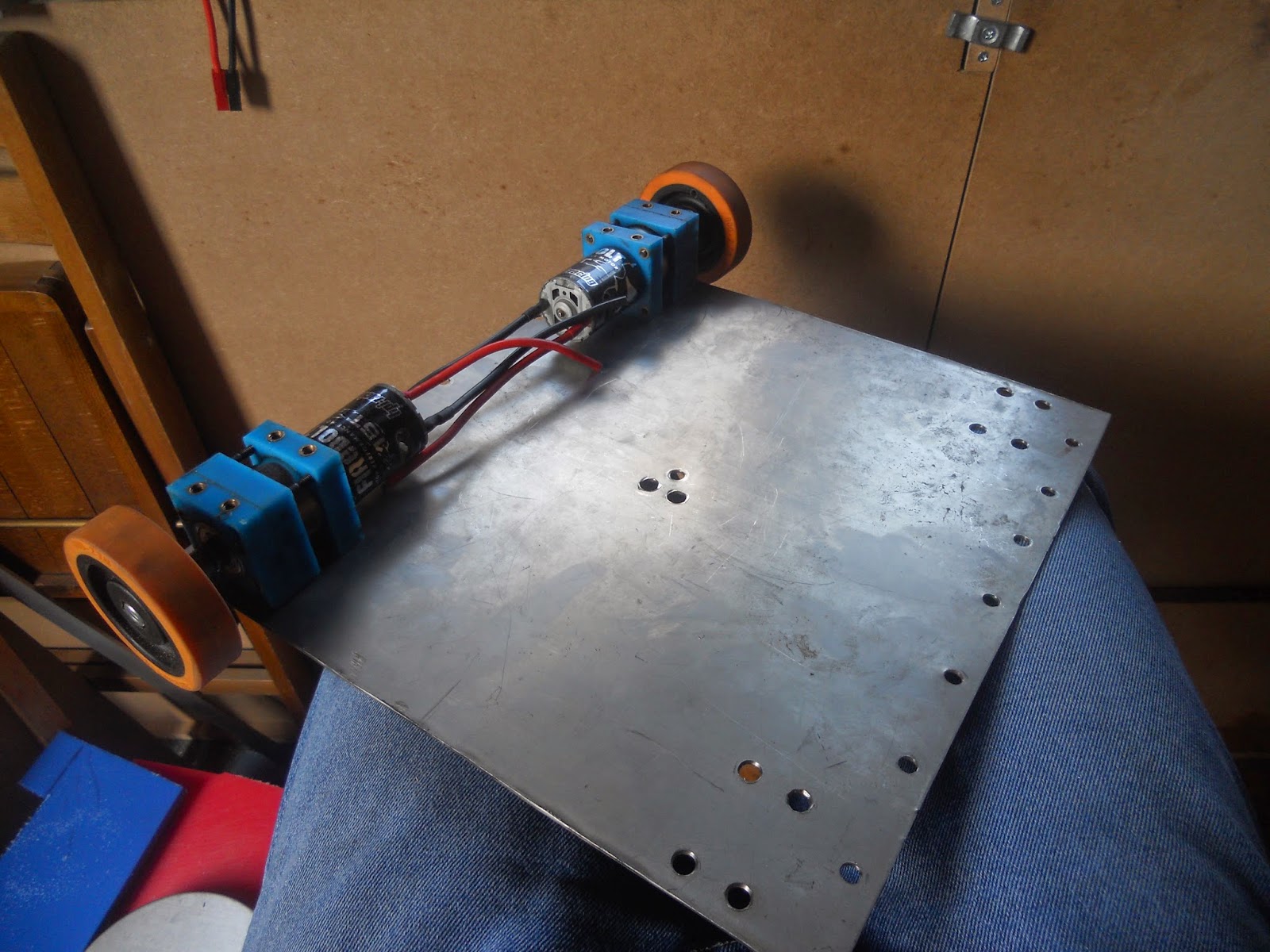 Can Haz haz robut? Motors shoved onto an old titanium base form Massacre MKI as it already had the mounting holes. 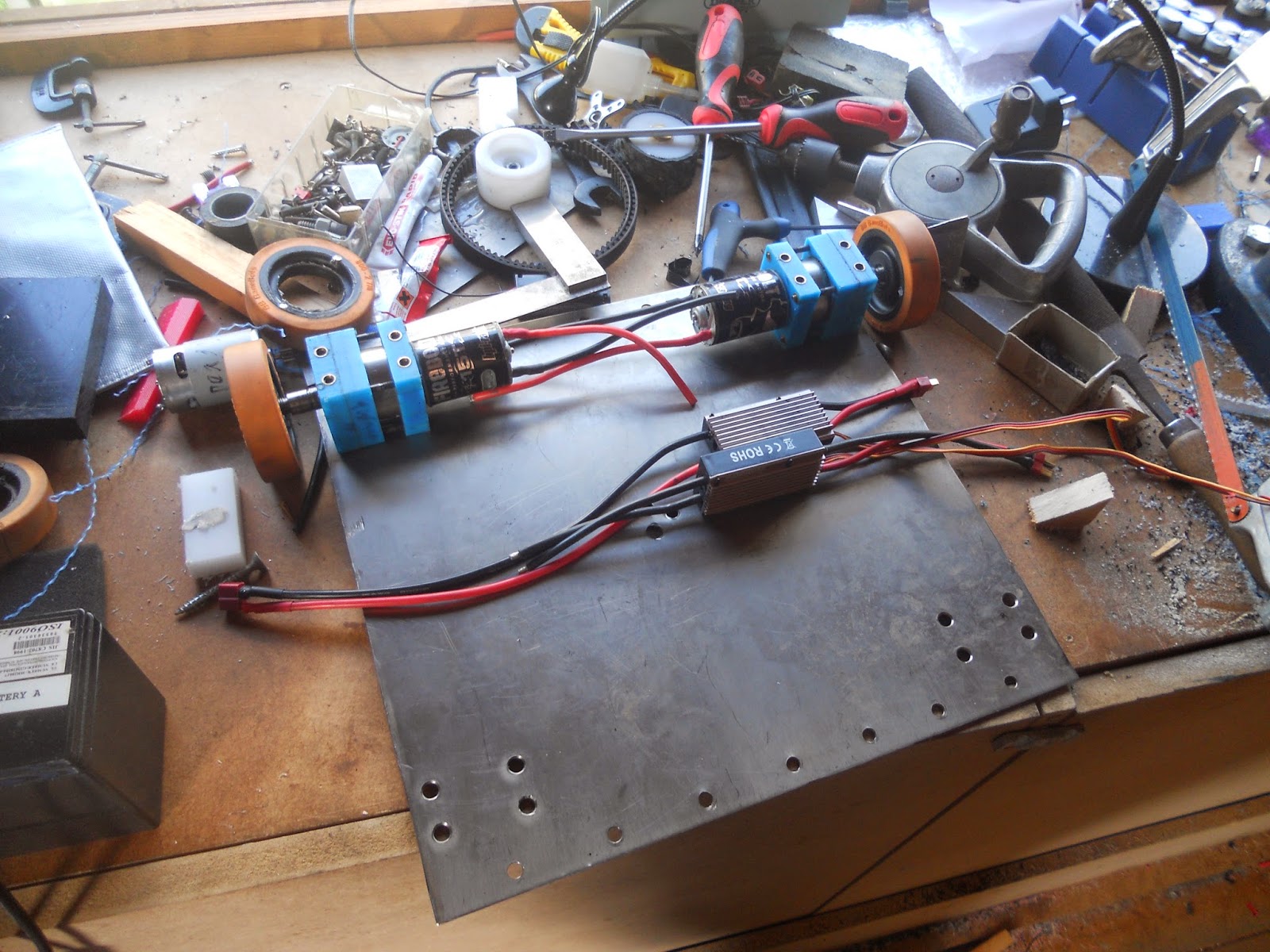 Getting the electrics sorted. Shoving botbitz from massacre on there because they are good controllers and have breaking, so will be a better stress test on the motors. 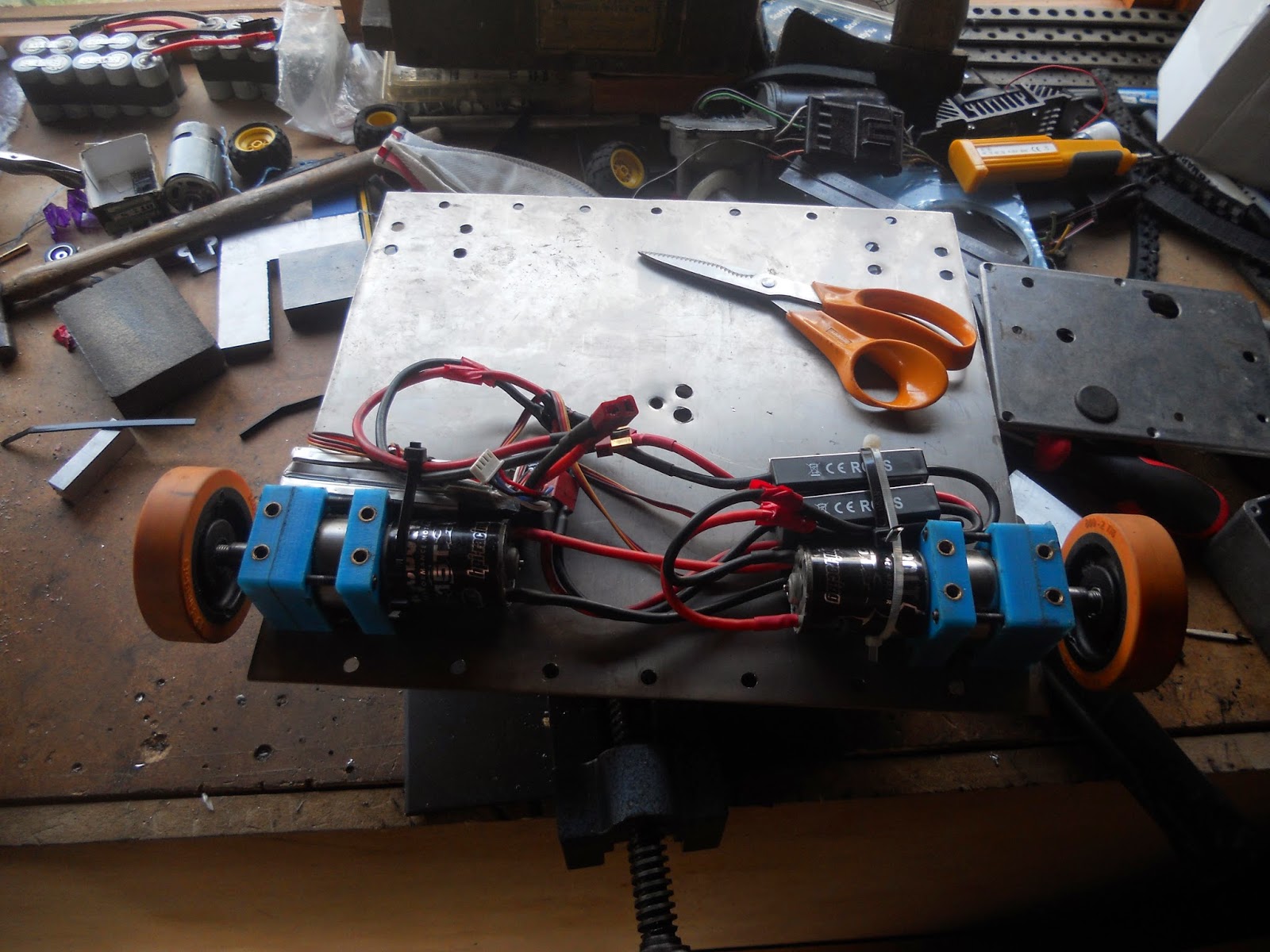 Wired up... slightly ghetto but it holds and works. Everything is ziptied to everything else. Quality. Slightly love that what now takes me all of 15 mins would have been like 2 weeks of hard slug and failure 2 years ago.


Nippy! And it didn't died! I was surprised at the motors not instantly cooking their own guts. I bashed it round for about 10-15 mins or so and then one side went. Ah well there goes the motor I thought, but no that was amazingly still running. The gearbox did not feel good at all though. Had I managed to kill my first gearbox?? Impossibru.

I had to then do my best Elvis Warco impression and began filing flats on shafts. 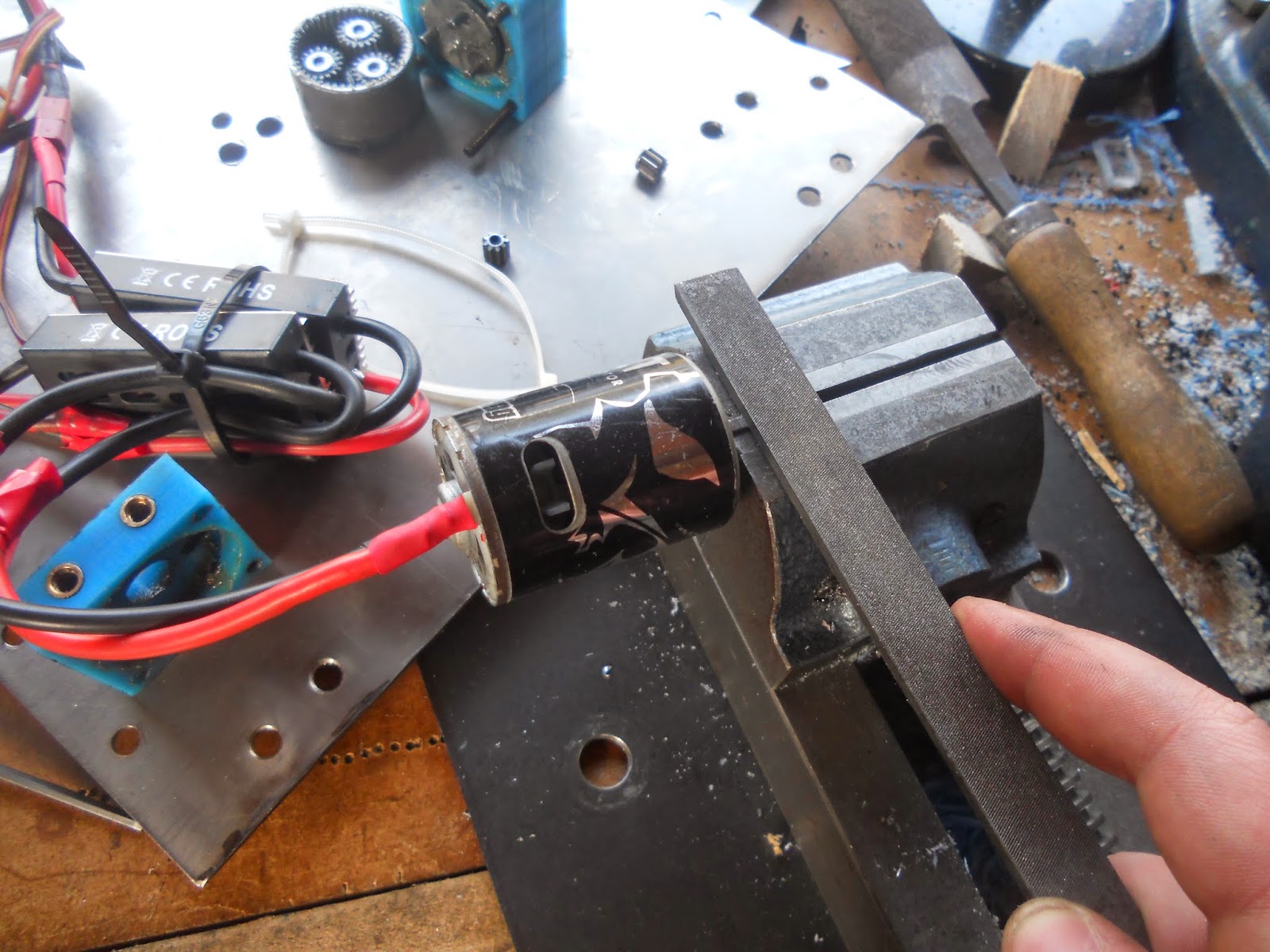 Sorted the problem easy. I could do with some more of the D bore pinions though. 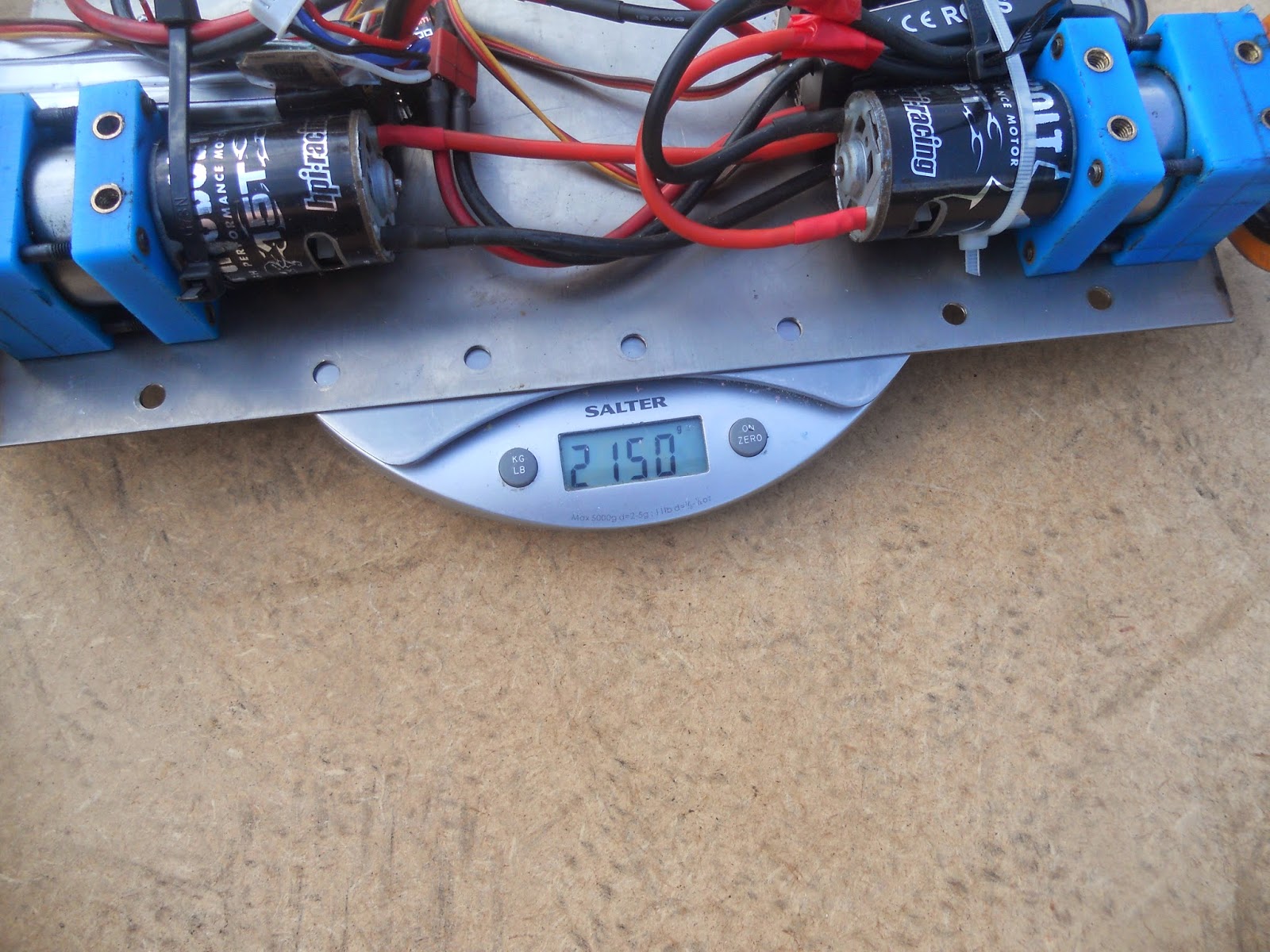 Just over 2kg I can live with that. This was just a test to see if the drive worked. Will be put into a proper frame soon once I'm done designing. 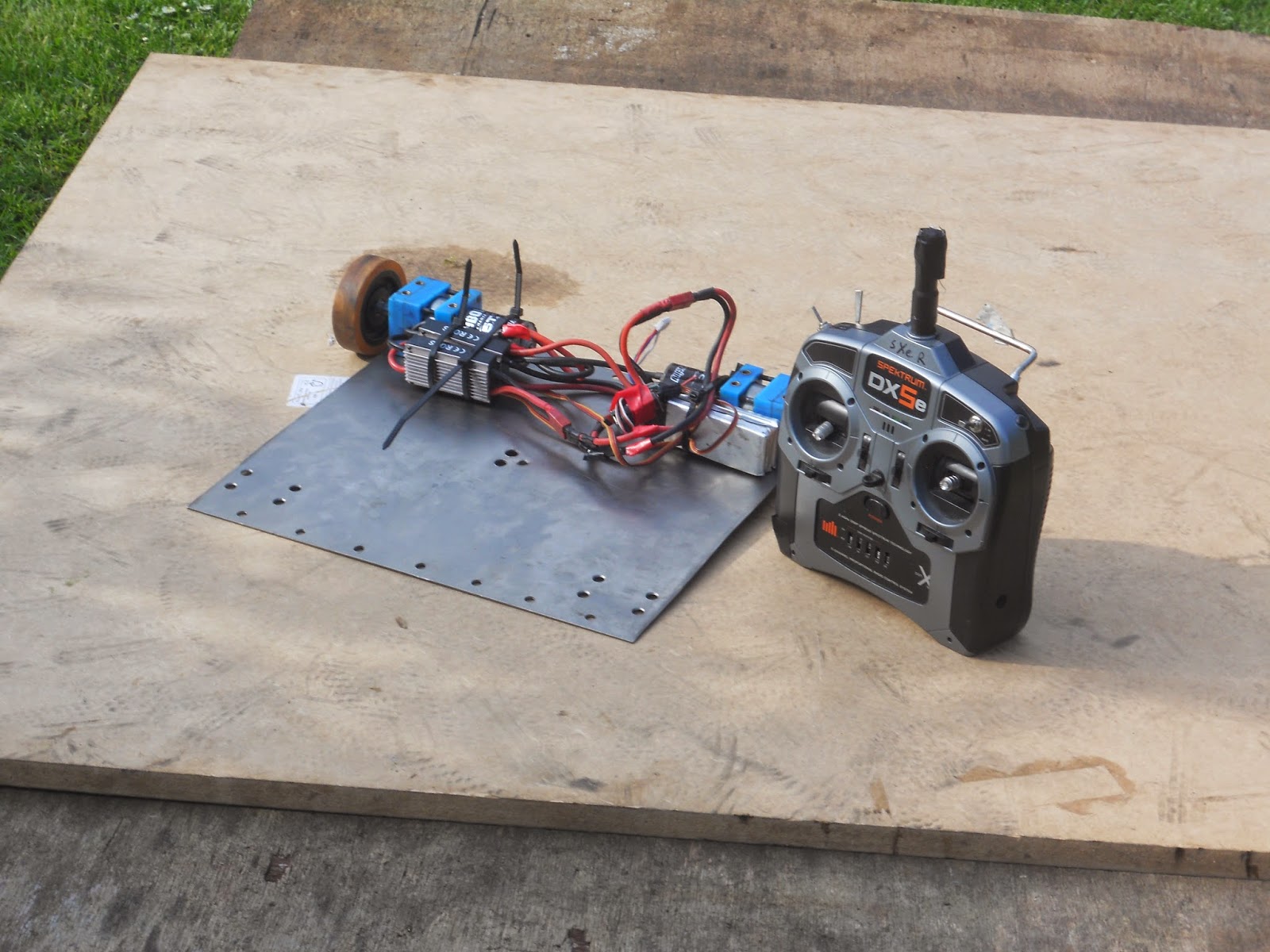 Well it's nothing exiting but it was a bit of research for me. Soon I will shove up some wonderful CAD designs and some more build related stuff.